The Voice of Mrs. Gold

Mrs. Gold was my 5th grade Religious School teacher ... and I remember her well - but not fondly. She left an indelible mark on me. The school year under her tutelage seemed filled with drama. Perhaps, we were an unruly bunch who responded poorly to her limited classroom management skills. The drama, however, mostly resulted from the nature of the ideas she presented to us.

Mrs. Gold told us some pretty outrageous things that year. One of the more memorable ones was when she inferred (it might have been stronger than an inference, but I am giving her the benefit of the doubt) that Jews were more intelligent that other people. When we told our parents about these lessons, Mrs. Gold found herself in some hot water. I vaguely remember she was away for a week or two after that particular lesson.

What happened, you ask, when we went to our parents to inform them of these weighty, fear-mongering lessons we were receiving from Mrs. Gold? Well, when we shared with our parents or whoever would listen about this lesson of history and our inevitable fate - unlike with her other ‘lessons’ - there was no hot water to be had for Mrs. Gold. We received the concerned nod and then the weighty acknowledgement of the truth of our situation.

Mrs. Gold is on my mind this morning - and has been prominent over the past several weeks - because I feel as if she is speaking with this same message once again. I hear, see and feel her voice and its message as I have read, listened and observed our Jewish community react to the proposed nuclear weapons deal with Iran.

I asked you a few weeks ago if you wanted me to address the deal in our time together. I am heartened by both the number and the nature of the responses I received electronically and in person. The general tenor of what I heard from you was - “Not so much.” You told me that you really do not need me to tell you if I think the proposed deal with Iran is a good one or a bad. Some of your reasoning derived from your skepticism of my political, nuclear and diplomatic expertise. Most of you told me that you do not come to share this space and this time for that kind of discussion, but wanted to engage in matters of spirit and soul. Most of you also told me - in different ways, but with a similar message - that if I thought I needed to address this issue and/or there was a matter of spirit or soul I felt warranting our consideration - you supported me in doing so.

And in this spirit, I say to you that the matter of spirit and soul that concerns me is not related to the merits of the deal or Iran as a trustworthy partner OR whether the deal will help or hurt Israel or the dozens of other nations who legitimately worry what Iran might do with nuclear weapons OR even the way this proposed deal has starkly accentuated some every growing fault lines within the Jewish community - between liberals and conservatives; secular Jews and observant Jews; Boomers and Millennials. The matter of spirit and soul is the resounding boom of Mrs. Gold’s message that seems to permeate our Jewish psyche. What Mrs. Gold has to say to my class almost 40 years ago is still the same anxious, reactive and fearful message. We as a Jewish people continue to let this worldview dominate our thinking and actions. The matter of spirit and soul is how this deeply ingrained outlook continues to marginalize us as Jews and inhibit us from what our tradition commands us to do.

Iran is a serious threat. The proposed deal is not perfect. Israel should be concerned about the nuclear capacity and ideological capriciousness of Iran and its leaders. These widely agreed upon statements, do not explain why we respond the way that we do. Why has this proposed deal consumed board rooms and meeting rooms of Jewish organizations around the world as they craft statements and circulate petitions to motivate and manipulate our elected representatives to act accordingly? Why have the efforts to motivate our elected officials become personal, petty and even mean? What is up with ‘us’ that we have so dramatically placed ourselves in the middle of this debate?

I do remember the lessons that history teaches us about the precarious nature of being a Jew or part of a Jewish community. I would not dare to naively ignore that history or to show any disrespect to those who have suffered as a result of that history. I do believe that there is more than one way to react to those lessons. There are many voices of understanding -not only Mrs. Gold’s - that we must listen to as we seek to create our future.

In seeking to analyze the competing voices and their messages, I am reminded of an not so traditional interpretation of this morning’s Torah portion that we have studied together in years past.

In the portion from Genesis, God commands Abraham to sacrifice his son. Abraham responds by taking Isaac to Mt. Mariah, binding him on the altar and goes as far as raising the ritual knife to kill him ... when God’s (via an angel) demands that Abraham stop the sacrifice and offer something else in Isaac’s place.

We moderns often react to this story with outrage and disgust - at a God who would ask such a thing and a father who would acquiesce. We must remember, that there is a larger tradition than this modern one - that does not question God’s violent request and celebrates Abraham’s faithful response. Rabbi Michael Lerner turns both responses to the Torah portion on their respective heads, by naming the competing voices he hears/sees in the narrative.

In Rabbi Lerner’s careful reading of the text, he points out that there are two separate ‘voices’ that Abraham hears as commands from God. Each is named something different in the Torah. The voice that commands the brutal sacrifice is called ‘Elohim’. The voice that demands Abraham abandon the sacrifice is called ‘YHVH.’ Noting this distinction, Lerner suggests a deeper meaning for this difference. The first voice, ‘Elohim’, (literally gods) is not God at all … but the accepted pain and cruelty of contemporary moral standards (which at that time accepted the violence of human sacrifice as a norm.) The second voice, YHVH, (actually the name of God as understood by our tradition) is a messenger of the true God. This God, one of compassion and justice, does not command the sacrifice of the innocent. Abraham hears two powerful influential voices, voices that seem God-like. One promotes and protects the current status quo, no matter what that status quo might be. One that that promotes and champions a higher ideal of justice and mercy.

Lerner champions Abraham’s ultimate ability to listen to the voice that reflects our highest values, not the voice that perpetuates our pain and suffering.

“The greatness of Abraham is that he doesn’t go through with it. As he looks into the eyes of the son he has bound for slaughter, he can now overcome the emotional deadness that allowed him to cast Ishmael off into the desert. At the very last moment, Abraham hears the true voice of God, the voice that says, ‘Don’t do it Abraham’, says God. ‘You can break the pattern of passing on to the next generation the pain and cruelty that you have suffered.’”

The voice that sees the world through the lens of pain and suffering and that commands us to act accordingly still speaks to us. Abraham heard this voice, too. He passed his test because he was able to pay heed to another voice. We still tell ourselves this story, because we face this test, as well ... we need to listen to other voices, other messages.

And what would acknowledging, listening to and responding to another voice look like for us today? It would never mean abandoning rigorous debate about the issues of the day. It would never mean tolerating abuse or violence against our community. It would mean doing so and being able to embrace other paradigms and opportunities for growth, change and peace. Ones that - on the surface - would probably feel uncomfortable and even wrong.

I spoke to you last night about the death of Leonard Nimoy, the Jewish actor who was renowned worldwide for his role playing the Vulcan, Spock, in the Star Trek universe. In his eulogy at Nimoy’s funeral, Rabbi John Rossove tells this story about Mr. Nimoy doing just that ...


One year Leonard asked me what I thought of his accepting an invitation from Germany to speak before thousands of Star Trek fans. He told me that he’d been asked before but always turned the invitation down due to his own discomfort about setting in a country that had murdered six million Jews. I told him that I thought it was time that he went, and that he take the opportunity to inform a new generation of Germans about who he was as a Jew and about the Jewish dimension of Spock’s personality and outlook. He liked the idea, and so on that basis accepted the invitation.

When he returned he told me that he had shared with the audience his own Jewish story and that Spock’s hand gesture was that of the Jewish High Priest blessing the Jewish community, an image he remembered from his early childhood attending shul with his grandfather in West Boston on Shabbes morning and peeking out from under his grandfather’s tallis at the Kohanim-priests as they raised their hands in blessing over the congregation.

He (Leonard) told me that when he finished his talk he received a sustained standing ovation, an experience that was one of the most moving in his public life.

The most frightening thing about the Iran deal - for me - was hearing Mrs. Gold’s message so boldly in our community’s response. More frightening is worrying about what direction such messages take us ... towards safety and security or towards marginality and insularity? We must be open to paying attention to other ways of understanding our place in the world engaging with those whom we share it. May we begin like Abraham and hearing God’s true voice ... and continue like Spock, and be willing to share our stories and blessings - even with those who have cursed us.
Posted by rabbimo at 2:07 PM 1 comment: 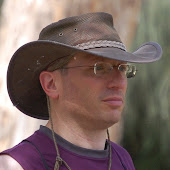